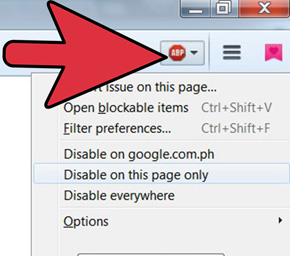 We've detected that you're using AdBlock or some other adblocking software.

Thanks to advertising, we pay for servers processing your images.

You can help us keep our site free and make it even better - to do so, add ToolsOn.net to AdBlock's white list.

We are processing your request
While you are waiting, Like Us!

HOW TO MAKE?
Recent Articles
Read all articles

How to make an icon? 7 Deadly Sins

How to make an icon? 7 Deadly Sins

Of course, to criticize someone else's work is much easier than to do something really very high quality and original. However, if you go to the criticism seriously, put all on the "shelves" and explain where the hidden bugs and problems are. This is going to be a real analysis. That's what we're trying to achieve in this article.

Despite the fact that the design of icons is constantly being improved, and the icons themselves are increasing, the “16x16” icons are still in use. Therefore, we will refer to such icons, speaking about the basic mistakes of creation if them.

Sometimes in the set of icons you can find very similar ones. If they have rather large size - no questions. But in a small resolution such icons are almost impossible to discern, until you read the inscription.

Mistake 2. The large number of elements

Preferably to use as few elements in one icon as possible.  And the less icon is, the fewer number of parts is recommended to use. For example, decided to create the icons, shown below, developers had tried to "the glory", but, meanwhile, completely eliminated the use of their creations in a small resolution.

The same applies to superfluous elements: very often you can make an icon for the site in strict minimalist style, without all the excess. In fact, there are icons with a lot of disparate parts, most of which can simply be removed without any loss of meaning.

Mistake 3. No unity of style

First of all, when creating icons, developer should think about style unity, especially in case of creation of multiple icons at once. Color, size, display technology, perspective, etc can serve as the unifying factors. But if there is no unifying factor final icon set looks like a "hodgepodge."

Mistake 4. The presence of shadows and the volume in small icons

Recently, the use of 3D-shapes and shadows becomes more urgent in the design. However, developers do not always take into account the relevance of these effects for a particular case. For example, for a 16 x 16 icon 3D and shadows are completely useless.

Always hard to choose what is shown on the icon. Especially when the future choice involves a compromise between intelligibility, recognizability and originality. So before you decide to come up with a metaphor for your new icon, do not be lazy to learn, how other webmasters deal with this problem. And it may be much easier and better not to invent the wheel again, and to do so, like everyone else.

A worthy example of this original solution - icon of the trash in OS / 2 Warp 4, which is generally distant from what should be represented. As a result, the viewer sees a normal shredder with strips of paper, very similar to the tentacles of an octopus. Quite unnecessary association for icon, which should clearly reflect the trash bin, isn’t it?

Mistake 6. The use of real element of the interface in icons.

A striking example of the use of the players and the various programs as elements of the icons is the following picture:

Focus on the buttons «Previous» and «Next». Oh! It appears this is not a button at all, but merely specific application icons.

Mistake 7. The text inside the icon

This mistake is one of the most frequently encountered in applications. Indeed, the first thing that comes to mind is to make an icon from an existing logo. But this case causes a number of unpleasant nuances.

We hope that these tips in this article will help you to create a really high quality and recognizable icons that will allow your application, website or program effectively stand out from the competition. If you are looking for a good application that can help you to create an icon quickly, easily and for free - our site is happy to provide you with that opportunity!